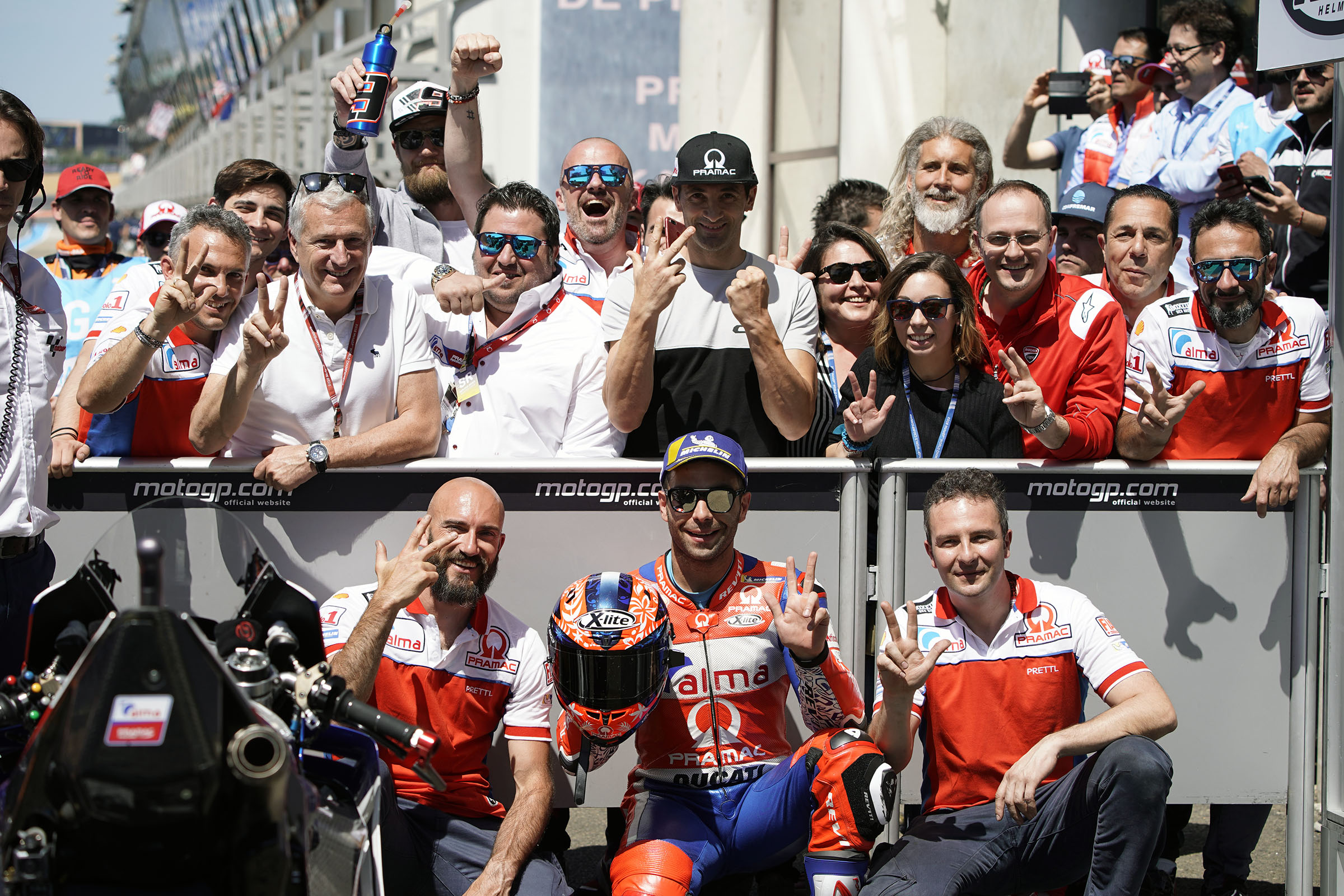 The sun is shining over Le Mans and Alma Pramac Racing celebrates a fantastic result in qualifying for the Grand Prix de France with Danilo Petrucci on the front row and Jack Miller in P7.

Petrux celebrates in Parc Ferme with his team an extraordinary front row, the sixth in his career. The Saturday of the rider from Terni does not start in the best way, however. Danilo was forced to pass by Q1 but the excellent pace in FP4 (2nd quickest) gave him great confidence. Petrux wins the Q1 and in the Q2s he does a masterpiece in the second time attack, finishing third behind Zarco and Marquez.

A great result also for Jack who conquers the seventh position on the grid of the Grand Prix de France. The Australian confirmed his good feeling on Friday (6th) and took the direct qualification to Q2. In qualifying for pole position he pushed hard but by just 93 thousandths of a second, he couldn’t get the second row. 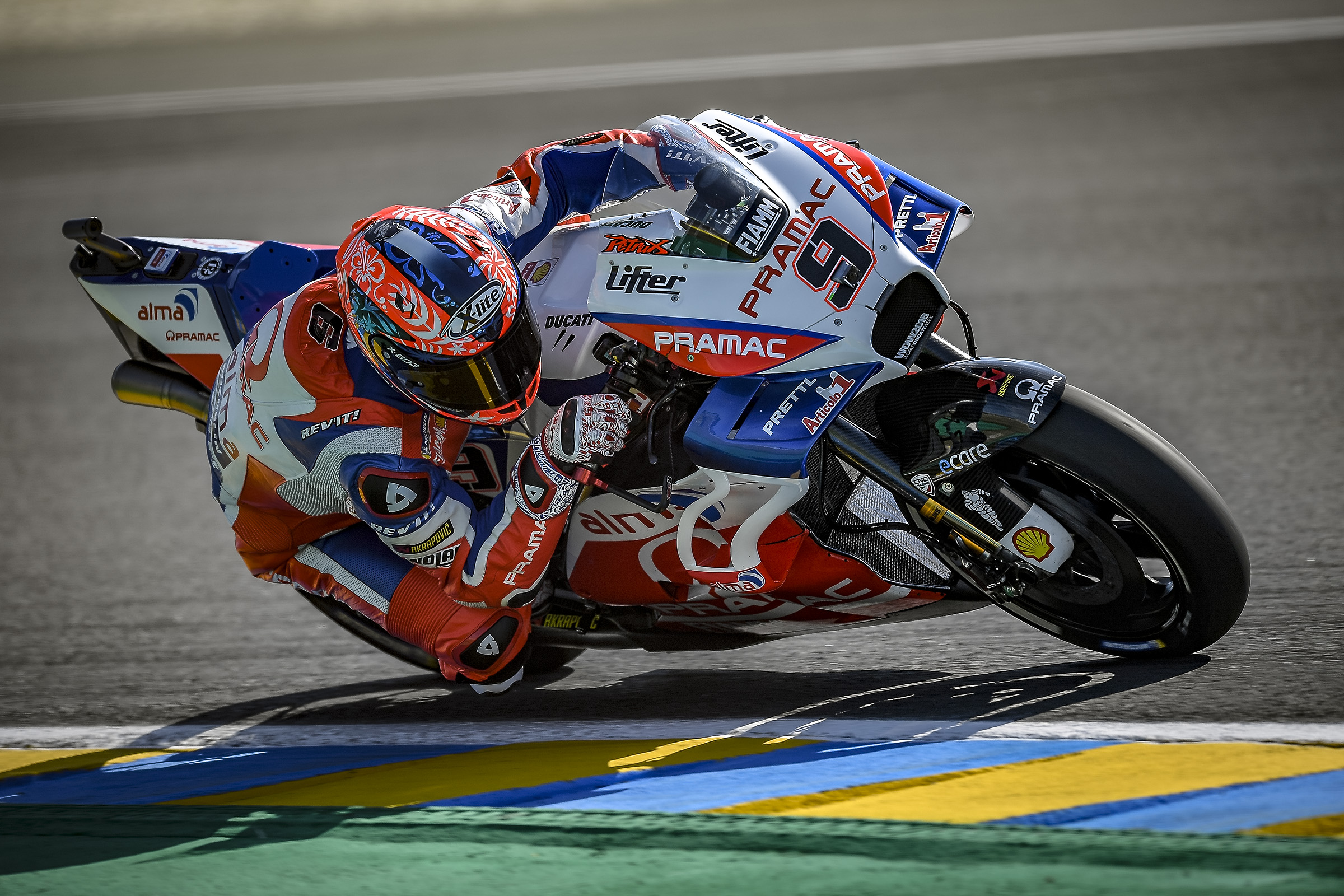 “I’m very happy with this result. Despite yesterday’s fall, the feeling has always been very good. I wasn’t able to qualify directly for Q2 but in FP4s I had very positive feedback. I’m happy and I thank the team for this front row. Tomorrow will be a battle”. 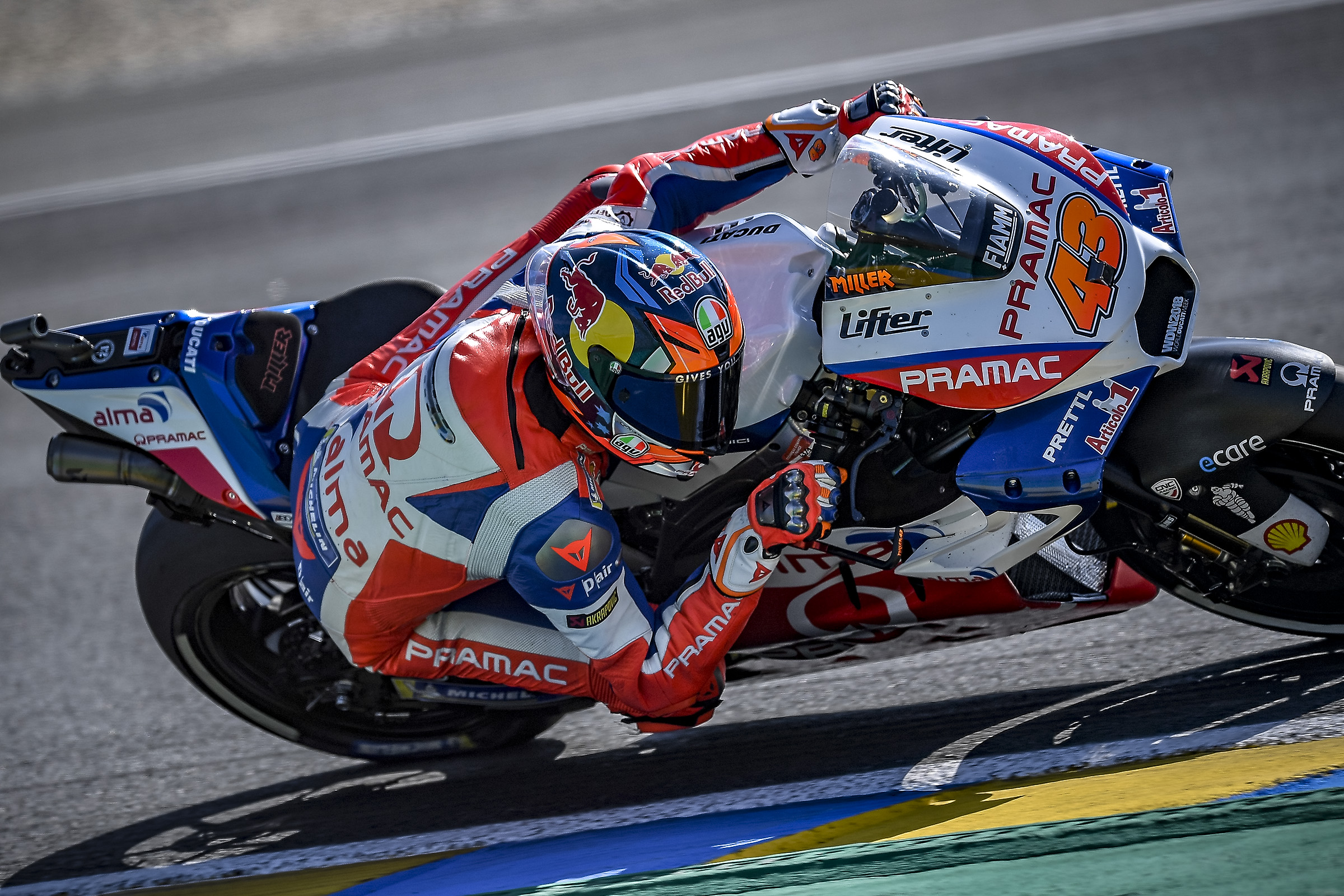 “I am very satisfied especially for the race pace. The feeling is very positive and I think that tomorrow we can have a good race. To be honest I can say that the seventh position is good but I could have done better. Still, I am very confident for tomorrow’s race”.