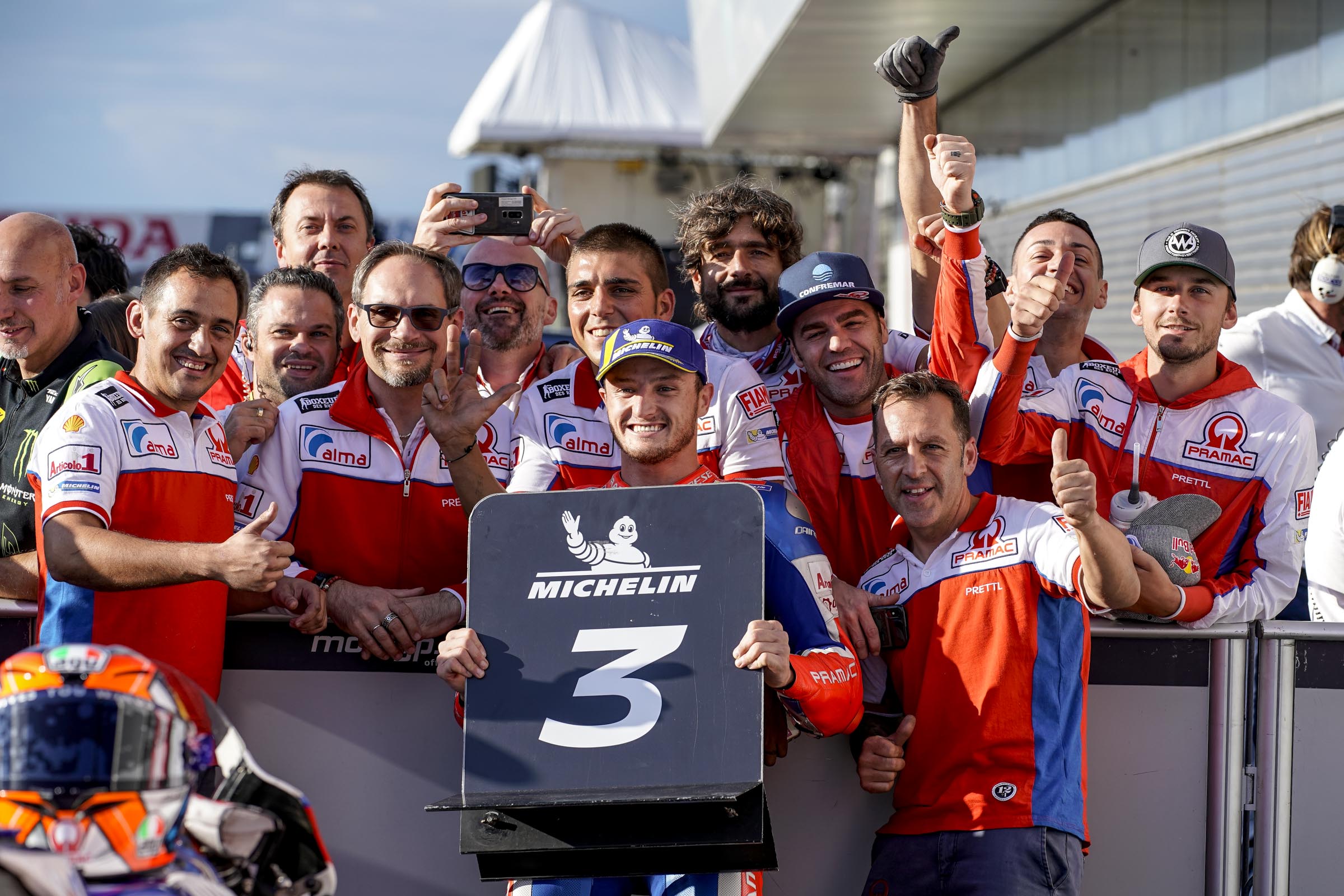 The qualifying of the Japanese Grand Prix gave Jack Miller an extraordinary front row, the third in the season after the Pole Position in Argentina and the second place in Misano. For Danilo Petrucci a very difficult Saturday with a mistake in the best moment of Q1.

Jack confirms the good sensations of Friday and in the FP3 he wins once again the direct qualification to the Q2. The Australian driver is very strong in the FP4 and in Q2 he is amazing. After the first lap of the second run he is in pole position, then in the second lap, after the best T1, he makes a mistake but closes in the front row behind Dovizioso and Zarco.

Petrux seems to have overcome the problems of Friday but a crash in the time attack of the FP3 does not allow him to qualify for the Q2. The race pace in the FP4 (fifth time) is very confident and in the first run of the Q1 Danilo is in the lead. In the T1 of the last time attack, he is red helmet but a mistake in the T2 doesn’t allow him to qualify for the Q2. Petrux will start from the fifth row. 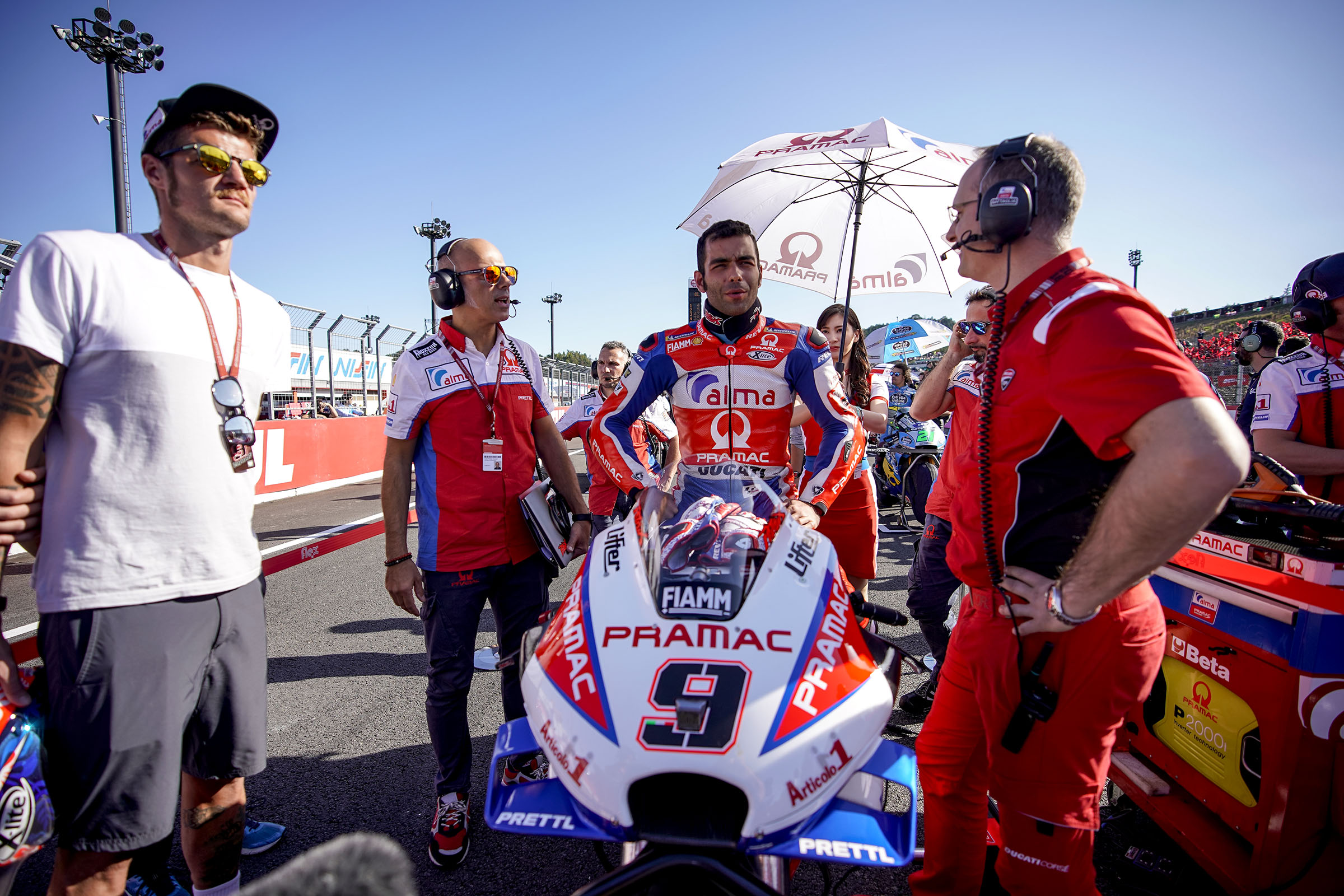 “It’s a very difficult weekend. On Friday we made the wrong choice in the set up but in the FP3 the feeling was good. Unfortunately qualifying didn’t go as I had hoped. Starting from the fifth row will be hard but the race pace is positive. The goal is to get in the Top 10 to get valuable points.

“I am very happy for this qualifying session. The team has done a great job and the feeling with the bike has been very good since the free practice. In the second lap of the time attack, I thought I could win the Pole Position and I pushed to the maximum, probably over the limit. It’s ok. I have great confidence for the race”.