Home/News/#ValenciaTest. Pecco immediately incisive: “The bike is impressive”. Jack laps fast, then he has to stop due to a technical issue.
Valencia MotoGP™ Test - Day-1


#ValenciaTest. Pecco immediately incisive: “The bike is impressive”. Jack laps fast, then he has to stop due to a technical issue. 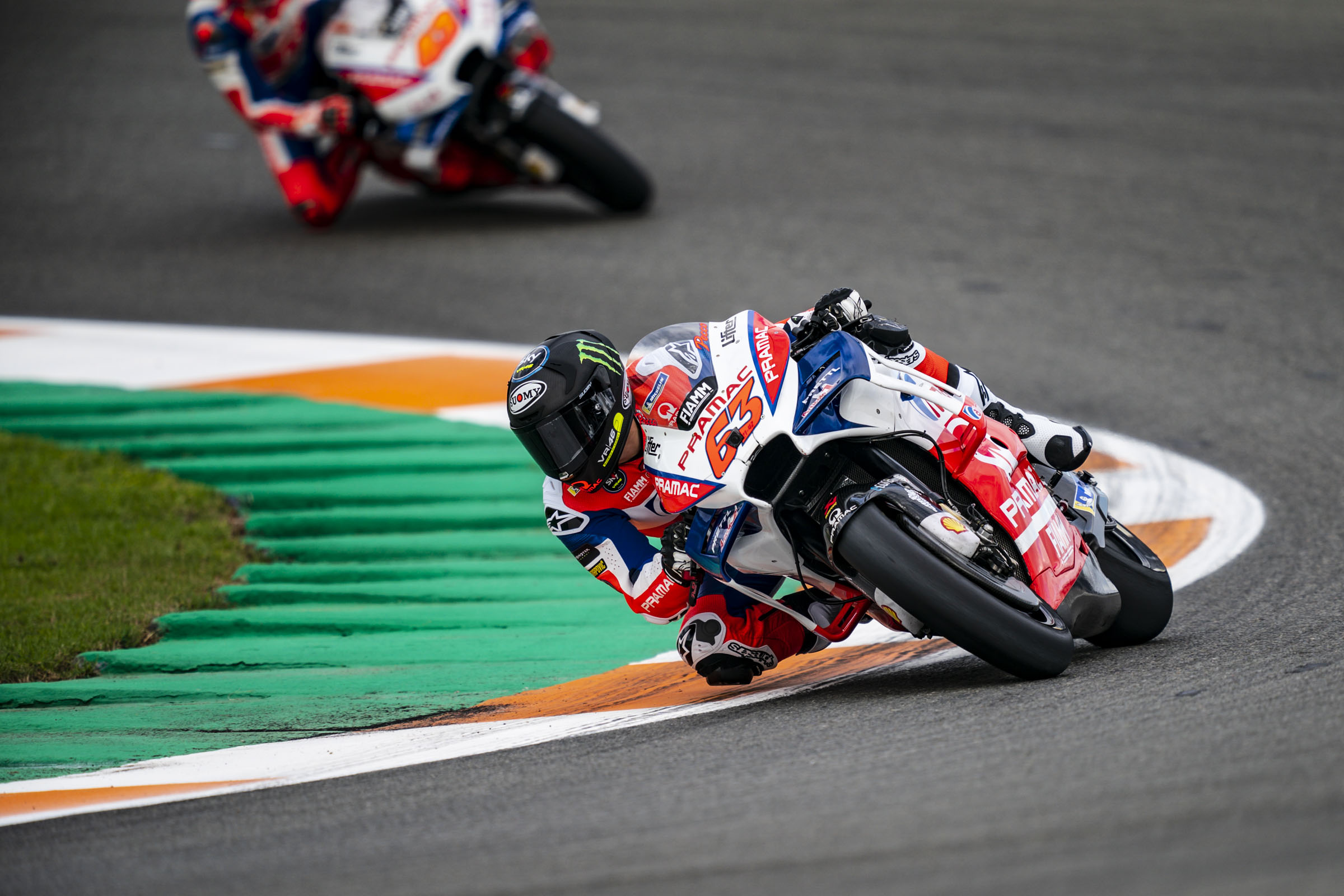 The 2019 MotoGP season has already started. After saying goodbye to Danilo Petrucci – who made his debut in the Ducati Team today – Alma Pramac Racing welcomed the #Moto2 2018 World Champion Pecco Bagnaia, promoting Jack Miller on the Ducati Desmosedici GP 2019.

Jack started out strong immediately but had to stop after 19 laps – after setting the seventh fastest time and the second Top Speed behind Dovizioso – for a technical problem that did not allow him to return on track in the afternoon when the conditions of the circuit were better.

Pecco started to work with his Ducati Desmosedici GP 2018 and the feeling was immediately excellent. In the afternoon, before the suspension for the rain, Bagnaia set the 11th fastest time (turning on the red helmet in the first sector and equalling the 321.4 km/h of his team-mate) at nine-tenths of a second from the fastest lap of Vinales and finishing as the best rookie of the first day. 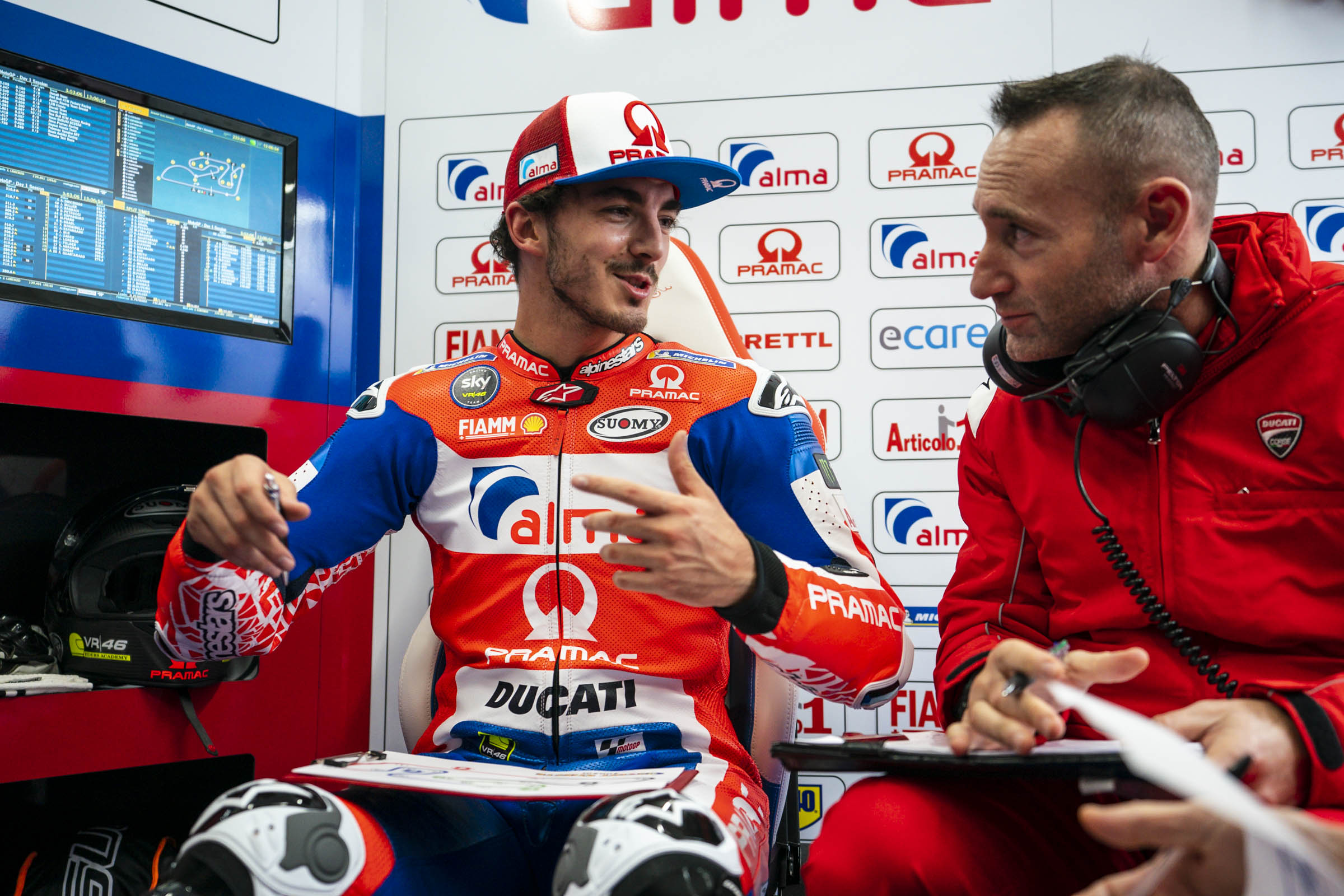 “Unfortunately the rain stopped us after only 38 laps. But I’m really very satisfied with this first day. Honestly, we just tried to lap as much as we could. We’ll start working on the setup tomorrow. My first feeling? The bike is impressive.” 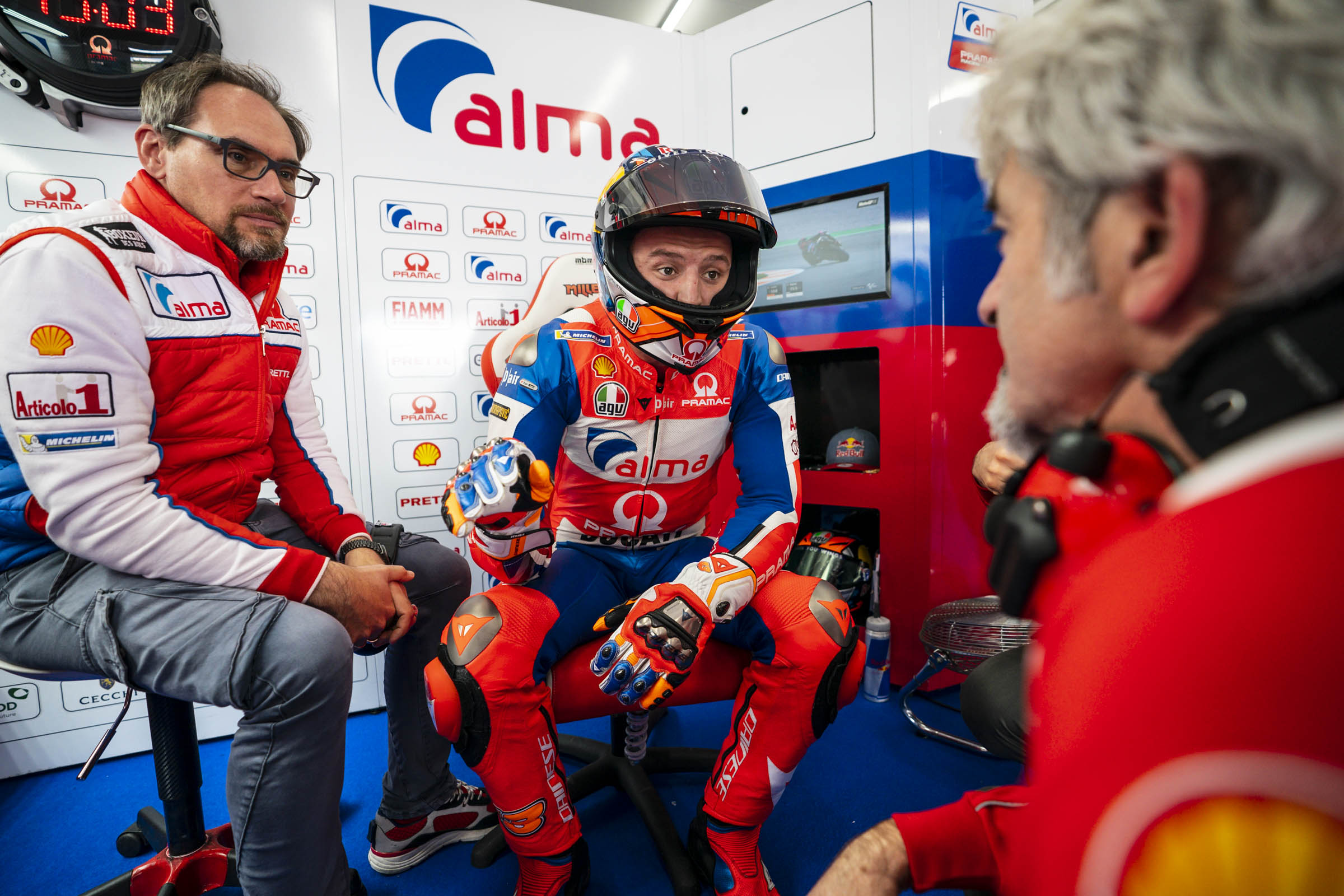 “Feelings are very positive. I feel that the new much is better in many ways. Unfortunately, we had a technical problem that forced us to stop the test earlier. I can’t wait to get back on track tomorrow”.