Born in Rimini, Alex de Angelis made his debut at world championship level in 1999 in the 125 cc class; his first full season was in 2000, when his best results were two sixth places. He rode a total of four full seasons in the 125cc category. His best season in the 125 class came in 2003 when he claimed six podium finishes and finished second to Dani Pedrosa, despite not recording any wins.

He moved to the 250cc category in 2004, when he scored two podiums and was fifth overall. Next year he had four podiums and was seventh overall. 2006 turned out to be real breakthrough, as he finished third in the championship. He took his first victory at the season finale in Valencia, after 9 second and 14 third places and 8 pole-positions beforehand. In 2007 he finished 3rd overall with 235 points and eight podiums, including four successive second places midseason. He finished on the podium at the Sachsenring every year between 2002 and 2007.

For 2008 he moved to the MotoGP class, riding for Gresini Honda. At Mugello he was fastest in the warmup, and impressed on race day to finish 4th. He also came fourth at the Sachsenring, and consistently scored minor points for the rest of the season. He stayed at Gresini for 2009 after an impressive rookie year. However, he left the team for 2010 as he and his teammate Toni Elías were replaced with Marco Melandri and Marco Simoncelli. Instead, he signed a deal to partner Niccolò Canepa at Team Scot in the first season of the new Moto2 class.

After replacing the injured Hiroshi Aoyama for three races in MotoGP, de Angelis returned to Moto2 at the San Marino Grand Prix in Misano.

De Angelis moved back to the premier class to replace Colin Edwards in the Forward team midway through the 2014 season from the Brno round onwards when Edwards retired from MotoGP racing. For the 2015 season, de Angelis replaced Danilo Petrucci at the Octo IodaRacing Team.

He also took part in the World Superbike Championship for the 2017 season, but moved to the Pedercini Racing SC-Project team with a Kawasaki ZX-10R.

In the 2019 MotoE season, Alex will ride the Energica Ego of Octo Pramac MotoE.

The first season of the MotoE championship has come to an end.

Alex De Angelis concludes his debut season in MotoE in 7th position, closing with a total of 47 points, he also conquers the pole position in the race of the Octo GP of San Marino 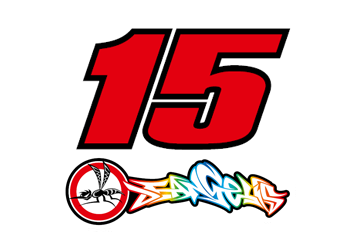